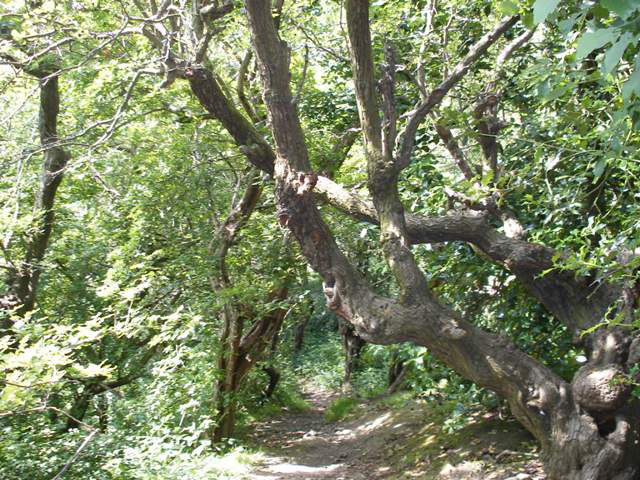 Wakefield Castle, © SMJ and licensed for reuse under cc-by-sa/2.0

The motte and bailey castle is on the top of Lowe Hill overlooking the River Calder. The motte stands 30 feet high with a base diameter of 80 feet and is surrounded by an infilled ditch and 2 baileys. It is thought to be an adulterine timber fortification constructed during the Civil War of 1138-1149. It was in use at the beginning of the 14th century but it is believed to have been destroyed by the great gale of 1330. The site is now just a tangled mass of oak trees and bushes.

On the opposite side of the River Calder, approximately one mile to the south-east, is Sandal Castle which together with Wakefield Castle controlled movement along the river.