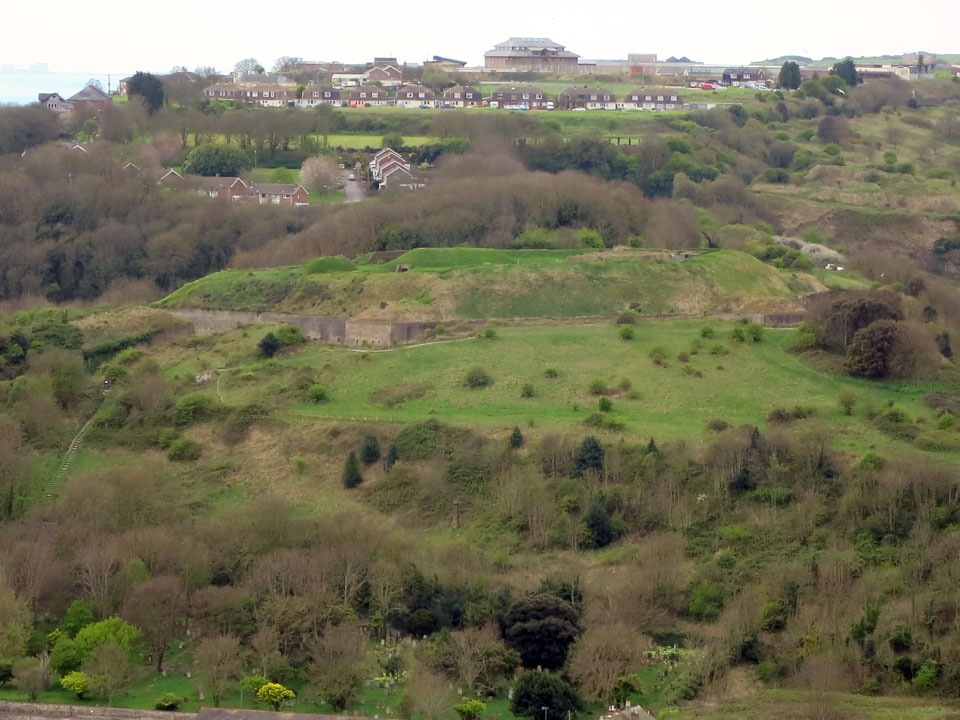 Part of the Western Heights defences which also comprise The Citadel and North Centre Bastion, St Martin's Battery and Citadel Batteries as well as the Grand Shaft Stairs.

Along with the Citadel this was the first defences to be built overlooking the harbour. Construction took place between 1804 and 1808 although it was modernised in the 1860's when the outer caponiers were added. It has been partly restored and the surrounding ditch is clear. It was entered via a bridge that led to the main gate. It is managed by English Heritage, and the exterior is open to the public. The dry ditch that led to the North Entrance is still there, but a road now cuts through part of it. 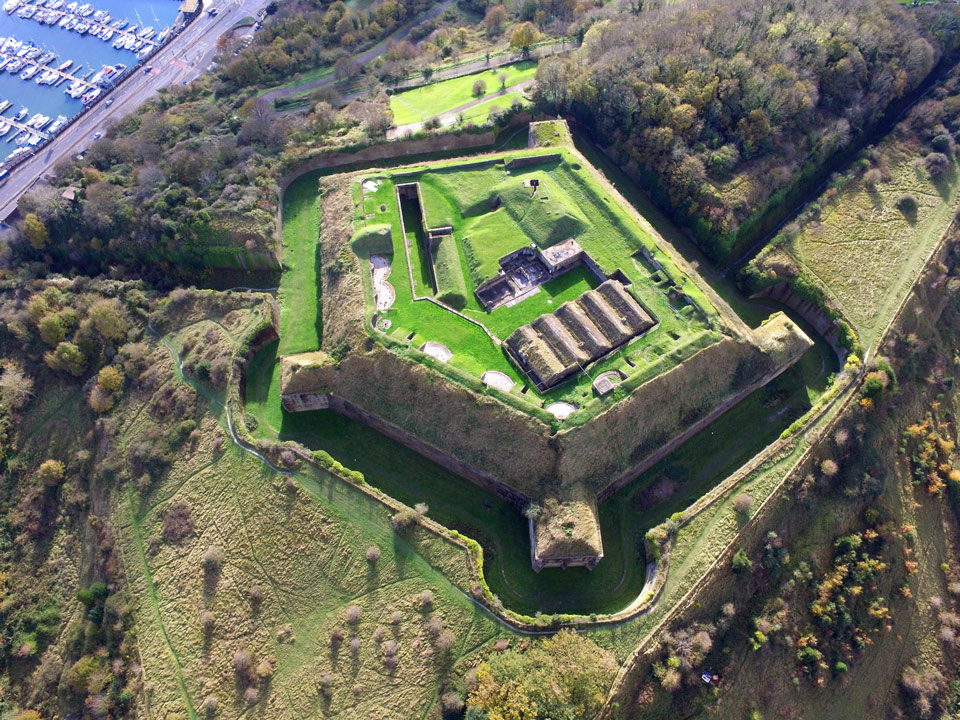 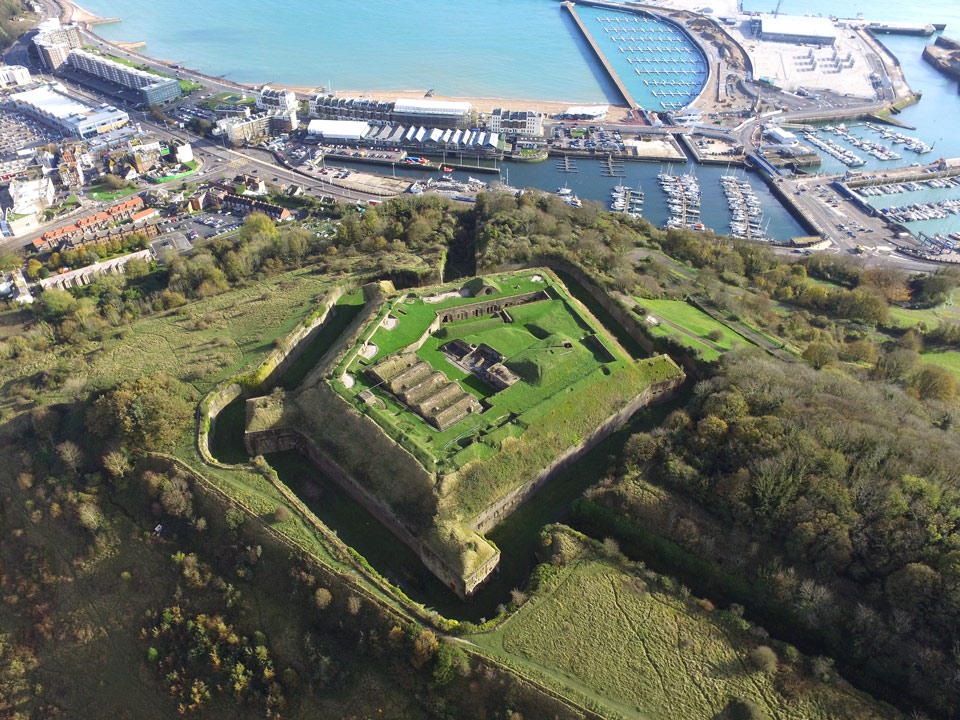